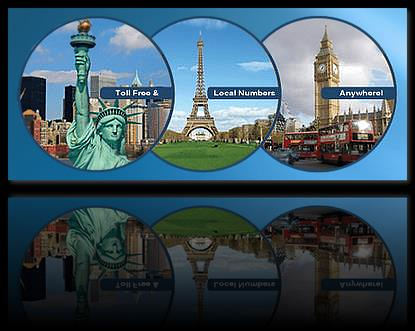 You can quickly create a phone presence in Spain. Stay connected with associates, customers and family located in Spain with a Spain Call Forwarding Phone Number.
View Rates & Countries

Divert Spain Calls to any Country

Spain calls can be forwarded to your phone located in any country.  Your Spain Virtual number will redirect calls to any phone number worldwide that you choose, mobile or landline, Fax, VoIP or PBX.

Own and Control a Spain Phone Number 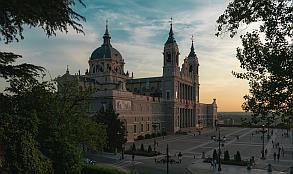 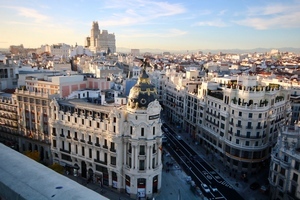 France is one of Spain’s largest trading partners, resulting in numerous international phone calls between the two countries. For a French organization doing business with partners in Spain, getting a virtual phone number makes sense. Callers in Spain can dial a local or toll free phone number just as if they were calling an entity within their own country yet the phone would ring to an office located in France.

For example, a manufacturing partner located in Ciudad Real dials a local 926 phone number to reach the distributor in Paris, France. The phone call goes through as if he were calling a number located across the street, and the audio quality is exceptional. There’s no hassle, no extra codes to dial, and no need to speak with an international operator. Best of all, it’s a local phone call, so no international toll charges are incurred by the caller. Rather, the owner of the Spain virtual number pays for the phone call.
This is beneficial for the account holder as well because the two partners can more easily communicate. The French partner is perceived as being “local,” which also helps strengthen the relationship.

For example, a father living in Barcelona wants to be able to call his adult son who’s currently working on a temporary assignment in South Africa. He’s signed up for a local virtual Spain phone number and has set its ring to number to his son’s main phone in South Africa. Calling South Africa is now a simple matter of dialing a local phone number from Spain and it no longer feels as though is son is half a world away.

Get Your Own Spain Phone Number

Getting a Spain virtual phone number from us is fast and easy, and there are no long-term contracts or surprise fees to worry about. Our global call forwarding plans are flexible and loaded with features. Since there are no contracts, it’s possible to get a Spain virtual number for a short time period such as a temporary work assignment, vacation, or short-term business collaboration. We have a free trial to help you get started.

Local and Toll Free Spain Numbers
Forward Spain calls to any phone, anywhere in the world